Flor do Sol is an attractive 3 bedroom Premier Villa located in the well-known "Quinta Dos Alamos" area just outside the popular town of Guia (north of Albufeira), as part of the central Algarve, Portugal.

Guia has become famous in recent years for its excellent selection of restaurants, and is particularly renowned for specialising in "Chicken Piri - Piri", the traditional Algarvean spicy chicken cooked over a charcoal grill - delicious!!! There is one restaurant at the entrance to Quinta dos Alamos, and the centre of Guia is approximately a 10-15 minute walk.

Other local amenities include a supermarket, butchers shop, chemist, post office and health centre. The nearest golf course to the villa is the challenging "Salgados" course, which is about two miles away, and there is an excellent selection of beaches within a ten-minute drive of the property, such as "Coelha", "Castelo", "Gale" and "Sao Rafael".

The popular and vibrant town of Albufeira is approximately five Kilometres from the villa. Here you will find an excellent selection of bars, restaurants and entertainment to complete your holiday enjoyment.

The accommodation is arrange on one level as follows:

Between October and April pool heating equipment may not be able to heat the pool to a comfortable temperature.

All prices are per week for the villa only. Villas are booked from 2:30pm on your arrival day to 10:00am on your departure day. Please note that availability shown is subject to confirmation - please call our reservations team. 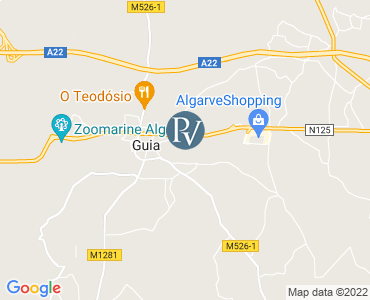