Willow is an apartment in an ancient property whose origins date back to 970 and where in 1308, in the presence of officials from Florence, Pisa and Volterra, the official borders of Volterra and San Gimignano were defined. For centuries the estate was subject to ransacking and reconstruction of parts of it under different owners until it was acquired by Marquis Capponi. The Grand Duke of Tuscany has often stayed here during his travels in Tuscany. The property is situated on a hilltop and dominates all the nearby valleys with views that extend as far as the eye can see for tens of kilometres. The surrounding countryside has several acres of forest with oak-trees and cypresses interrupted by wheat fields, vineyards and olive groves. The property has been completely renovated and is composed of the Mansion house and 14 independent apartments with their own private space to eat outside. Guests have a beautiful swimming pool (20x10 metres) at their disposal, situated in a sunny and panoramic position. At only 200 metres from the property you will find a typical Tuscan Trattoria where you can snack and buy local products. Take away service by the restaurant.

For further information about properties on the same country estate, please visit:

LOCAL TAX - all tourists are required to pay €1 per person per night (except children under 14), for the first 6 days.  The payment is compulsory and must be in cash directly to the owner on arrival.

All prices are per week for the villa only. Check-in at the Villa is from 4:30pm to 6:00pm on your arrival day (Saturday) and check-out 9:00am on your departure day (the following Saturday). Please note that availability shown is subject to confirmation - please call our reservations team. 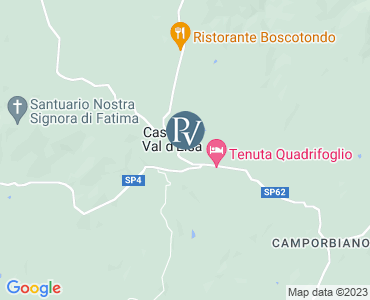 So many lookers in such a good-looking city! Naked like Michelangelo's David or rugged up in the latest winter fashion by their own world-class designers, Florentines and their city never fail to impress. Already in need of oxygen after admiring their art, visitors are mesmerised by the vision of locals at aperitivo time, effortlessly strutting, flirting and evidently enjoying life. At times it seems nothing much has changed since the days of the Medici. Of course much has changed. Florence's short-lived stint as capital of Italy in 1865 was like a shot of adrenaline.

The city bulldozed, constructed, rearranged avenues, wiped out whole quarters and tore down the medieval walls. And so the scene was set for the modern regional capital of Tuscany. Along the broad viali (avenues) that encircle old Florence a confusion of endless traffic tears around in chaotic style. Horns honk and brakes squeal as Florentines dart in and out of lanes in search of a break in the traffic. Ignorant of fear, 'motorini' (moped) riders dash in and around larger vehicles, as if protected by some divine force. The jewel of Renaissance Italy remains essentially what it was - a busy business centre. Even before the Renaissance was over, the wily Florentines had to concede that their town was on the wane, increasingly ignored on the European stage. But they never forgot their proud heritage and it was rediscovered in earnest by the rest of Europe from the late 18th century.

Curious and admiring travellers, particularly the English, descended on the city as part of their Grand Tour. Ever canny with currency (after all, Florentines invented the florin, one of the most successful currencies in history), the locals knew how to cash in, as they still do, with utter aplomb. The fortunate few get their first glimpse of Florence from the south. The road from rival Siena leads you to the heights backing the south bank of the Arno. Suddenly, through the trees, the glories of Florence burst into view - Giotto's Campanile (bell tower), Brunelleschi's dome, the Basilica di Santa Croce. Only the hardest of hearts can remain unaffected. The memory of the Medici, who for centuries commanded the city's fortunes and were, as generous patrons, instrumental in unleashing the Renaissance, lives on. To this day the family crest of six balls adorns many public buildings. The city's artists and sculptors, supported by the Medici and other powerful families, regaled the city with their finest creations. Michelangelo, Leonardo, Donatello, Giotto, the Lippis, Masaccio, Botticelli, Pontormo and a host of others left their mark, and formidable galleries such as the Uffizi, Pitti and Accademia today house many of their works. Medieval and Renaissance Florence was a financial powerhouse but it was never a romantic place. Its great families built fine mansions and lavished money on churches, public buildings and the arts, but not out of a love of beauty.

To display greatness was to be great. The majesty of the Romanesque Baptistery, the Gothic Duomo and Renaissance basilicas was an advertisement as much of the power and wealth of Florence's leading families as of the city's artistic prowess. The families have gone, but the advertisements live on! Florentines are born into a world of extraordinary timeless beauty, so it is hardly surprising that they cultivate their appearance, and do it so effortlessly. Home to the likes of Gucci and Ferragamo, Florence means one thing: style, both past and present. Phalanxes of stylish boutiques line up alongside the galleries and palazzi. When the shops close, it's time to eat. Sit down to a simple Tuscan meal of tomato stew followed by prime steak in a family-run trattoria or splash out on one of the city's classic gourmet restaurants or stylish designer eateries. Florence is known for its top-grade Chiantis, but you should make the acquaintance of other exquisite tipples too: Montalcino's Brunello, the Vino Nobile di Montepulciano and the more daring Super Tuscans. You can easily explore Tuscany using Florence as a base: enjoy the medieval splendours of Siena, Pisa, Lucca and San Gimignano, and wander the undulating Chianti countryside.