Villa Marina I is a stunning eight bedroom Premier Villa situated on a gentle hillside overlooking the sea in the Elounda region of Crete, Greece. The site is surrounded by handmade stone walls containing mature gardens with numerous olive trees, flowers and other Cretan / Mediterranean vegetation.

Villa Marina I is sister to Villa Marina II and together they form a delightful estate which can be rented as one for larger groups or independently.  The villas have total privacy from each other.

These stunning contemporary residences offer panoramic views of magnificent sunrises and sunsets against backdrops of the Mediterranean sea and the Cretan landscape. The architecture, sophisticated furnishings and beauty of the surroundings combine to make these villas unique. The estate is approached via a stone paved road lined with plants between lit rocks and a small stone bridge that leads to welcoming stone paved courtyards, shaded by olive trees and coloured by flowers.

For a true boutique experience this 8-bedroom residence offers contemporary design and luxury in an interior space of 456 square meters or approximately 4,908 square feet and features six bedrooms within the house as well as two independently accessed guest rooms.

The land of 13,700 square meters or 1.37 hectares, has been professionally landscaped with terraced gardens featuring olive trees, colorful flowers, and aromatic herbs including thyme, rosemary, coriander, anise, mint, lavender etc... Stone paved foot paths take you through the gardens, with great respect to the land and nature.
Garden pavilions take advantage of the wonderful views. Broad terraces with built-in seating areas that surround the pools and the villas, offer magical views.
The stunning infinity-edge pools create the impression that the water extends to the Mediterranean.

A private boat day trip can be arranged by the house manager with all sorts of activities if required, such as snorkeling or fishing or bbq on the beach etc.
Also a very talented cook can be arranged to cook for guests upon request at an extra cost.

All prices are per week for the villa only. Villas are booked from 16:00 on your arrival day to 10:00 on your departure day. Please note that availability shown is subject to confirmation - please call our reservations team. 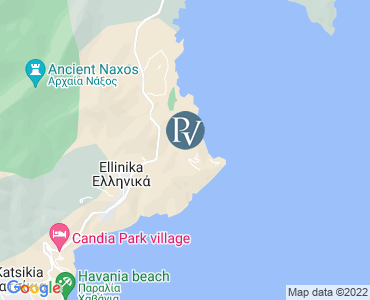 Elounda, a picturesque village, is a perfect getaway for a seaside holiday, in a place which is neither too busy or too isolated.  The coastline is spectacular with azure blue crystal-clear waters, pretty small beaches and also has historical interest.

Elounda's harbour, is a natural beautiful lagoon and the island of Spinalonga is at the harbour entrance.  For many years from 1913, Spinalonga was a leper colony serving the whole of Greece.  Its small inner network of run-down streets and houses, was abandoned by Turkish occupants at the end of the previous century, and it became home to the lepers.

Hundreds of lepers lived and died here – abandoned from friends and families and separated by the narrow strip of water from the normality of life on the mainland.  It was only in July 1957 that the last remaining souls were relocated to a hospital near Athens.  Inevitably a sadness seems to remain over the Island village.

Tourist boats sail half-hourly from Elounda and the island receives up to 2000 visitors a day in high season.  Many local boat owners are more than willing to run holidaymakers to Spinaloga after the tour boats are finished for the day to experience the peace of the island.

There are two important archeological sites of Cretan history in Elounda, the sunken city of Olous and the Venetian fortress on the island of Spinalonga. From 500 to 200B Olous was one of the most powerful trading centres in Crete.  The city had a population of 40,000, its own king and its own currency.  The ruins are now beneath the shallow crystal waters off the Spinalonga peninsula, a kilometer east from the harbour at Skisma and joined to the mainland by a causeway.

By standing on the water’s edge, the ruins of the streets can sometimes be seen on a calm day.  Ideal for divers and snorkelers.

Elounda has many bars and restaurants along the coastline and beyond, with terraces overlooking the sea.

Near Elounda is the charming fishing village of Plaka, where you can eat in a traditional tavernas and bars.  Also visit the Monastery of Aretiou, which is close to Elounda and it has been one of the largest and most powerful monasteries in Crete.

Of all the Greek islands, Crete is the largest and at the most southern region - it is the fifth largest island in the Mediterranean. The island has everything to offer: mountainous landscapes, a coast with many beautiful long sandy beaches and rocky coves, water-sports, tranquil locations beautiful towns and charming villages and harbours.