Lontano Viste is a beautiful three bedroom Premier Villa situated in a beautiful location enjoying lovely panoramic views of Mount Cofano and the sea, in the vicinity of Trapani. The villa is a great base for visiting the beauties of the surrounding area such as Erice, Trapani, Marsala, the Egadis, the Zingaro nature reserve and the archaeological sites of Segesta, Mothia and Selinunte.

Several terraces provide areas in which to dine alfresco style or to simply relax by the pool and soak up the stunning far reaching views out to sea.

Security deposit: €300 to pay in cash upon arrival, unless different arrangements have been made at time of booking. This amount will be refunded at the end of the stay if there are no damages. All prices are per week for the villa only. Arrival is between 4pm and 9pm and departure is between 8am and 10am. Please note that availability shown is subject to confirmation - please call our reservations team 01243 514970. 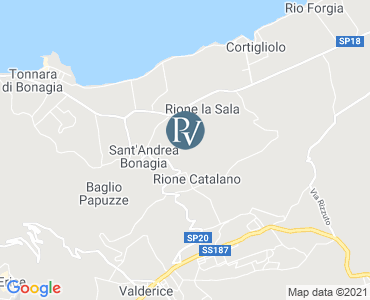 Located on the western coast of Sicily, Trapani is a fishing and ferry port with a long history. Nowadays the town is renowned for its fine seafood and Sicilian cuisine, and makes a good base for tourists exploring this part of the island.

Trapani occupies a low-lying promontory with a curving harbour which, combined with its position at Sicily's western tip, made the town into an important hub for traders and travellers. Today the ferry port is still a base for journeys out to smaller islands like Pantelleria, to the Italian mainland, and to Tunisia. The town isn't particularly well-known to foreign tourists, and is not one of the island's most obvious holiday destinations. But it makes a good base for exploring this part of Sicily, or a useful stopover on a touring holiday.

What to see in Trapani

Although not much trace is left of Trapani's ancient history, the town was a Phoenician trading port, ideally placed for commerce with Africa, Naples and the western Mediterranean. Trapani was an important town throughout the Middle Ages, and it is the medieval phase of the town's past which is most evident in the old town. After bombing during the Second World War, much of the town was rebuilt. But the old town, extending westwards with sea on either side, is still worth a visit. Old palazzi, some crumbling and some grand, cluster along the promontory around the central Corso Vittorio Emanuele. Out at the tip of Trapani's headland is the Torre del Ligny, a tower which was part of the 17th-century Spanish defences and now hosts a Prehistoric Museum. A stroll around the largely-pedestrianised old town gives travellers a chance to admire the town's old buildings and landmarks such as the offshore fortress called the Torre della Colombaia or Castello del Mare (Sea Castle).

There are several interesting churches in Trapani, including the town's restored cathedral, the Cattedrale di San Lorenzo which, despite its later Baroque makeover, dates to the fourteenth century. The excitingly-named Chiesa del Purgatorio is the home of the sculptures which are carried through Trapani during the town's famous Easter procession. On Good Friday these twenty wooden statues, known as the Misteri, are carried through the streets by robed citizens.

A bus trip into the modern part of town will take you to two more of Trapani's tourist attractions, the Santuario dell'Annunziata and the adjacent Museo Regionale Pepoli, the regional museum. The sanctuary is a grandiose and ornate church with chapels including the Cappella della Madonna, home of the town's cherished 14th-century statue of the Madonna and Child. The museum contains an assortment of local exhibits from all eras, including a guillotine, as well as a collection of medieval art. Visit early in the morning, or check opening times before you head to these two attractions: both close for hours at lunchtime and the museum is closed most afternoons. The town's tourist information office, where you can find information and advice on these and other sights, is located in the old town in Piazzetta Saturno.

Apart from the procession of the Misteri, Trapani's biggest events include the operas and concerts held during summer months in the leafy park of Villa Margherita. More processions take place on 7th August, the feast day of the town's patron saint, Sant’Alberto, and on 16th August when a firework display celebrates the Feast of Madonna of Trapani.

Note that the town's name is pronounced with the stress on the first syllable: Tràpani.

Around Trapani, places of interest include the medieval walled hill-town Erice, Marsala (famous for its wine) and the ancient Greek site of Selinunte. One of the best excursions - and an excellent base for a few days - is a three-island archipelago just off the coast, the Egadi Islands. Two of the islands can be reached from Trapani in only half an hour, and they are great places to relax, swim, dive, cycle and potter around.