Aurella is a 2 bedroom Premier Villa just a few steps away a long and beautiful sandy beach in Marina di Modica, Sicily, Italy. Marina di Modica is a popular seaside resort on the south coast of Sicily, 30k from Ragusa. This ideal location makes it a perfect place for enjoying seaside holidays and a fantastic base to explore the surrounding areas. The famous towns in Val di Noto, such as Modica, Scicli, Ragusa-Ibla, Noto and Siracusa, are easily reached together with the natural sites of Capo Passero and Vendicari.

For a night out, the close-by towns of Marina di Ragusa and Pozzallo come alive on warm summer nights with many bars, clubs and discos.

The villa has undergone an extensive renovation to provide all modern facilities in a minimalistic but elegant style. Built entirely on one level, this villa has cosy, well-proportioned rooms that feature functional, modern and straightforward fittings and furniture. The bright living room has large window doors that open onto the beautiful, large terrace which surrounds the whole house.

Damage deposit 300 euro to be paid locally in cash.

Security Deposit is 300 euro to be paid locally in cash upon arrival, unless different arrangements have been made at time of booking. The Security Deposit will be returned upon departure, minus any breakages. 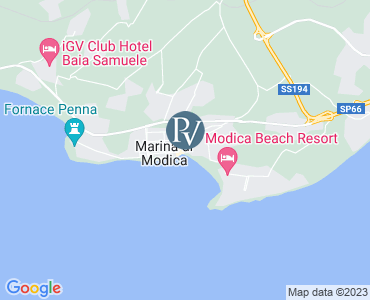 Syracuse is a historic city on the Italian island of Sicily, the capital of the Italian province of Syracuse. The city is notable for its rich Greek and Roman history, culture, amphitheatres, architecture, and as the birthplace of the mathematician Archimedes.

Sicily, Italy's largest island is surrounded by the sea; the Ionian, Tyrrhenian and Mediterranean engulfs this rugged and beautiful island.

The island might be part of Italy, separated from the mainland region of Calabria by the 5-km Straits of Messina, but Sicily has carved out its own distinct personality over the centuries. Having been the crossroads of Europe, Africa and the Middle East, the imprints left throughout the past centuries from all these diverse cultures has created Sicily’s unique identity, rich in history and extraordinary food.

Pristine sandy beaches and transparent waters truly capture the natural beauty of the land. Home to 7 Unesco World heritage sites and the biggest volcano in Europe called Etna, Sicily’s landscape is sure to leave you breathless.

Food in Sicily is unique to the world and distinctive in flavour. Ask any Sicilian about their heritage and you won’t hear the world Italian. Rather, they and everything about them — especially their food — is Sicilian.  The island is home to world-famous foods like the cannoli, artichokes, and all things citrus. There are many lesser-known but equally tantalizing delicacies such as the world-famous and largely sought after Gambero red prawns, and the chocolate made in the town of Modica.

The island's weather is typically Mediterranean, with hot sunny summers and mild winters with moderate rain making it great to visit all year round.