This old country estate with private pool is located at the heart of Baroque Sicily, between the towns of Noto and Palazzolo Acreide (both listed as UNESCO cultural heritage).

Surrounded by a large, luxuriant garden, this Villa is a wide complex built according to the local, traditional architecture that offers a wonderful view of fields of grain, carob plants, ancient olive groves and almond trees stretching out as far as the eye can see.

Tastefully renovated, the Villa has spacious, well appointed interior and exterior areas that merge the original, ancient charm of this estate with modern comforts. Its rooms, from the six cosy bedrooms, to the fine lounge with fireplace, to the country style kitchen, feature exquisite details and perfectly combine classical decor with more functional furnishings for comfortable living.

The Villa - ideal setting for anyone looking for rest and relaxation - is also an excellent starting point for discovering the beautiful surrounding area. Situated halfway between the Iblean Mountains and the coast of Siracusa, from the estate can be easily reached many charming baroque towns, such as the island of Ortigia, the historical centre of Siracusa, Modica, Scicli and Ragusa-Ibla.

LOCAL TAX - all tourists are required to pay €1 per person per night (except children under 12) for the first 4 nights of stay. The payment is compulsory and must be in cash directly to the owner on arrival.

Security Deposit is 500 euro to be paid locally in cash upon arrival, unless different arrangements have been made at time of booking. The Security Deposit will be returned upon departure, minus any breakages. 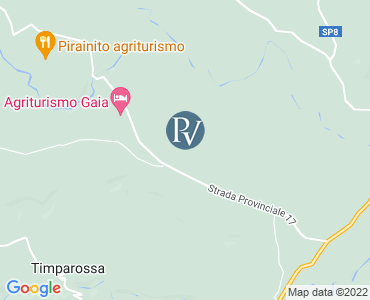 Located near the south-eastern corner of Sicily on the Ionian coast, Siracusa (Syracuse) is built on an ancient Greek settlement founded by Corinthians in 734 BC (BCE). More than any other modern city in Sicily, Syracuse manifests a visible continuity from its ancient Greek past, both historical and mythological. Its older quarter is an island, Ortegia (or Ortygia, from the Greek for "quail," probably named for that bird's abundance in this area). Ortegia is known for, among many other things, the freshwater Spring of Arethusa. When Artemis changed Arethusa into a spring of water to escape the river god Alpheus, it was here that the transformed maiden emerged. On a more factual note, Syracuse was the city of Archimedes, Pindar and Aeschylus. It was the most important city in Magna Graecia, with a population of around 300,000, and for a time rivalled Athens as the most important city of the Greek world. However, it was not the first "Greek" settlement in Sicily.

In the modern day, the city is listed by UNESCO, as a World Heritage Site. Highlights are the Ear of Dionysius, the Greek Theatre (in which each year are the performances classic: tragedy), Fountain of Arethusa, Temple of Apollo, Castello Maniace, many very interesting Church and edifices, and the beautiful Cathedral (that was Temple of Athena): a baroque facade, an early medieval interior, but basically still the Greek structure it was when it was erected as a temple to the Greek Gods.

And yes, there are beaches nearby, and there's no shortage of good restaurants in Syracuse, but we suggest you avoid those that offer "tourist menus" in favour of the charming pizzerias and seafood restaurants. The seafood specialties are seasonal to some extent. The pasta dishes with mussels and urchins are especially tasty but more available in spring and fall than summer.