Not cumulative with any other offer.

Feeling part of the most authentic Sicilian way of life. This is what happens to you when you step over the entrance gate of the Villa, a cosy aristorcratic dwelling tracing back to the end of the nineteenth century. Situated along the road leading to Ispica (in a quiet, sunny but not isolated location) the Villa is the perfect starting place to reach centres of art such as Modica, Noto, Syracuse and other splendid baroque small towns you definitely cannot miss.

This exclusive residence looks on to a well-maintained garden enriched by a collection of Cica palms while at the back extends the large swimming pool surrounded by a solarium-terrace inviting relaxation.

The Villa reveals its own charm with the old style and ancient floors made out of Sicilian ceramics all antique furnishings displaying the history of the house through a sober and balanced range of styles.

At the ground floor the pleasant double lounge with fireplace, the dining room and the ceramic covered brickwork kitchen where the sink made out of local stone and the well supplying drinking-water particularly stand out.

From the kitchen you gain access to the delightful patio equipped with a table shaded by a grapevine pergola. The ground floor - which has one bathroom - combine with the styles of the four bedrooms (each one with private bathroom) on the first floor and also with those ones of a shared zone set as a parlour - giving way to a panoramic small terrace with views of the countryside around.

The Villa has an annexe with its own independent entrance, which, upon request, can also be rented. Prices for the annexe will be provided at the stage of your enquiry.

Not cumulative with any other offer.

Security Deposit is to be paid locally in cash upon arrival, â‚¬200 for the annexe, unless different arrangements have been made at time of booking. The Security Deposit will be returned upon departure, minus any breakages. 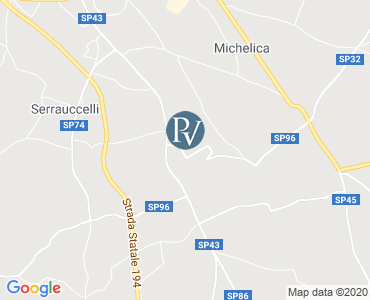 Ragusa is really two towns combined into one municipality in 1926. Lower Ragusa, known as Ragusa Ibla, or simply "Ibla," was the ancient city, rebuilt after suffering heavy damage due to the infamous 1693 earthquake that devastated south-eastern Sicily. Upper Ragusa, or Ragusa Superiore, is the main part of the new city built on the ridge across from the old city of lbla after the earthquake. Due to the fact that upper Ragusa was built in the early 1700s, most of its churches and main buildings were thus constructed in the Baroque and Neo-Classical Styles. Most of the city's history deals with the old city of Ibla.

For most visitors, Ragusa and its province are off the beaten path. However, this factor also has an advantage since the area is one of the more tranquil and thus more "authentically" Sicilian of the island's nine provinces. Consequently, the dearth of tourists here makes the beaches of the province of Ragusa some of the cleanest and affordable and least crowded to be found in Sicily.

The Hyblean (Iblei) Mountains occupy an area between Siracusa and Ragusa. Though scenic, the range is not very high. Mount Lauro, the highest peak, reaches only 986 metres above sea level.

As in Sicily's other mountain ranges, the Hybleans are predominantly limestone, though with some volcanic features. There are woodlands in some areas. Pantalica was probably a Sicanian necropolis. In addition to Ragusa, places of historical interest include Modica and Palazzolo Acreide. Cava Ispica is a spectacular canyon.