Arketa is a five bedroom Premier Villa Sitting on the top of a hill and enjoying dazzling views to the South-east over the beaches of Paros and the surrounding islands. This property is a perfect summer retreat to let go of all your worries and completely unwind in.

Guests can enjoy the swimming pool (18 metres) flanked by its own pavilion, a barbeque and wood oven as well as a wine cellar.

All prices are per week for the villa only. Villas are booked from 4pm on your arrival day to 10am on your departure day. Please note that availability shown is subject to confirmation - please call our reservations team 01243 514970. 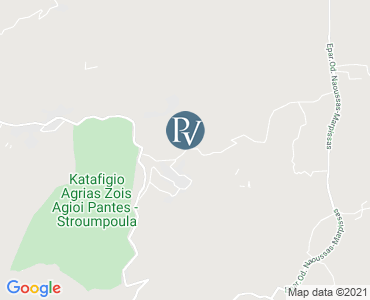 Kostos is nestled between the hills of Paros and It has a view of the bay of Molos and of the hills that surround it, Kefalos and Antikefalos. A pretty village located 7km from Parikia.  In the center of the village, next to a small grove, there is the parish church of St. Panteleimonas.  The first house of the village was constructed in the Venetian times.  Today it has a population of about 235 residents and most of them are involved in farming.

This small village is the birthplace of well-known writer and philosopher, Athanasios Parios, who worked as a teacher in different parts of Greece during the Greek revolution. Today his home is open to the public and at the entrance of the village there is a monument dedicated to him as a symbol of gratitude on behalf of the islanders.

During the summer months, three major festivals take place in Kostos, in the memories of Athanassios the Parian (24 June), St. Marina (17 July) and St. Panteleimonas, the patron saint of the village (27 July).  It is also interesting to take a walk in the narrow streets of the village and stop at the traditional café on the square to have a souma (a type of raki), a traditional Parian drink, and to taste the local delicacies.  The village is totally unaffected from tourism.