Villa Xanthius is a five bedroom Premier Villa which stands in an elevated position overlooking the Aegean expanse on the Greek Island of Kea. The villa is just a 15 min drive from the island port and a 10 min drive from the quiet beach of Xila. Xanthius with its prominent Greek architecture and traditional stone-elevations invokes a serene and relaxing experience for its guests.

The furnishings are elegant and rock, raw wood and other natural materials are highlighted. The infinity pool merges with the sea beyond offering a glorious view during the day and even more so at sunset - not to mention the colonial furniture to relax during the day or lounge under the stars. The interior is light and full of space with an island theme decor and features that allow the sunlight to work its magic.

How to get to Kea

It is advisable to research this part of your journey ahead of travelling.

Security Deposit is 2000 euro to be paid locally in cash upon arrival, unless different arrangements have been made at time of booking. The Security Deposit will be returned upon departure, minus any breakages.

All prices are per week for the villa only. Villas are booked from 4pm on your arrival day (Saturday) to 10:00am on your departure day (the following Saturday). Please note that availability shown is subject to confirmation - please call our reservations team. 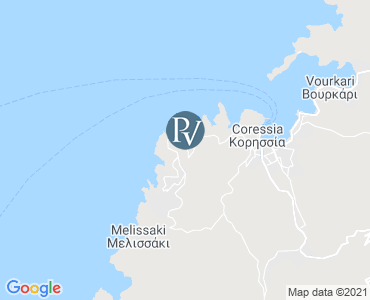 The beautiful and little known island of Kea or Tzia in the Aegean Sea forms part of the Cyclades complex and is a summer hideaway for holidaying Athenians, as it is only approximately an hours ferry ride away from the port of Lavrio.

The island’s quiet beaches, rich sea life and warm sea temperatures make it a popular spot to scuba dive and snorkel, as its waters are home to several shipwrecks, including the sunken remains of the Britannic, the Titanic’s sister ship. Some of the best walking trails can also be found on the island, making it a hiker’s dream.

The island’s ancient capital Loulida or loulis is a mix of narrow alleyways and streets which open out to several village squares and have a great selection of restaurants, cooking delicious local cuisine, cafes, bars and shops.

Kea’s Archaeological Museum exhibits locally excavated artefacts and tourists visiting the island should visit the ancient stone carving of the Lion of Kea.

The Cyclades is a group of about 220 Greek islands in the Aegean Sea, south east of mainland Greece. Most of the smaller islands are uninhabited. The islands are peaks of a submerged ancient mountainous, with the exception of Milos and Santorini which are volcanoes. They enjoy a dry and mild climate but, with the exception of Naxos, they are not very fertile. These represent though a sailor’s paradise due to the exposure to the north-north east winds Meltemi, that can reach Force 7 and above in the summer months when it blows.