Villa Cosmopolitan makes the most of its hillside position; the accommodation is laid out over four levels and the views can be enjoyed from rooms on every floor. Internally the villa is spacious and cool, tastefully refurbished in an easy-living, modern style, and air-conditioned throughout, which is a real bonus in the summer.

Outdoors, the covered dining and seating terrace is a particularly comfortable place to spend your time, relaxing in the shade or sunshine and soaking up the views. The infinity pool and pool deck is just below, and of course you can access the garden easily from the different levels.

There is a good choice of restaurants and pavement cafes in the lovely medieval village of Grimaud just 5 km from the villa - a very pleasant place to stroll around with its narrow old streets, traditional buildings, ruined castle and old bell tower. Other attractive villages to visit nearby include La Garde Freinet and Plan de la Tour, which also offer plenty of restaurants and shops. St Tropez itself is less than 16 km away - there are restaurants, cafes, art galleries and boutiques galore here too of course, the old town is charming and well worth visiting, and the Tuesday and Saturday markets held on the Place des Lices are full of local life.

The long sandy beaches are a short drive and there are many activities available locally such as boating and sailing, riding, walking or hiking, and even a funfair. This region of France with its welcoming climate makes an ideal location for a holiday both in and out of high season.

Outdoors, the covered dining and seating terrace is a particularly comfortable place to spend your time, relaxing in the shade or sunshine and soaking up the views. The infinity pool and pool deck is just below, and of course you can access the garden easily from the different levels. 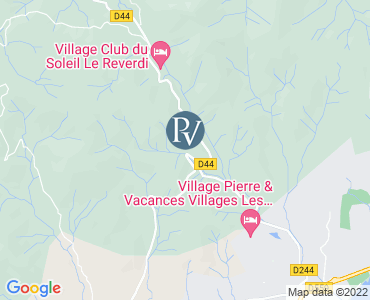 A former fishing village made famous by the actress Brigitte Bardot; Saint-Tropez is an unmissable place to visit in Var. Its appearance changes with the seasons but is always totally charming. In summer, Saint-Tropez becomes a hip seaside resort where the world's jet set likes to gather. Visitors enjoy strolling around the harbour, admiring a luxurious array of sailboats and yachts. At this time of year, it's lively every day and night, and the village centre is always busy with its restaurants, designer boutiques, cafés and nightclubs.

But Saint-Tropez is more than just a glamorous party spot. Outside of the summer period, peace and authenticity reign in this picturesque Provençal village. In fact, this is the best time to discover all its charms. Start your visit with the most emblematic locations like the harbour, prettily lined by houses with colourful façades, the typical neighbourhood of La Ponche, and Place des Lices, where locals play boules in the shade of the plane trees.

Then go up to the citadel ramparts to enjoy a splendid view over the village rooftops, the Gulf of Saint-Tropez, the Maures and the Esterel! Consisting of a keep and three round towers, it dates from the 17th century and now houses a living and modern museum about Saint-Tropez's maritime history.

Other unmissable historic buildings include the Parish Church of Our Lady of the Assumption. Built in 1784 in the Italian Baroque style, it includes decorative elements dating back to the time of Louis XV, as well as statues and carved woodwork from the early 19th century. You will also be able to admire the bust of St. Torpes (known as Saint Tropez in French), the same one that is carried in procession during the Bravades, a traditional festival that takes place in May and honours the village's military and religious past. A true emblem of Saint-Tropez, the church's purple and gold bell tower is crowned by a small campanile.

Art-lovers will not want to miss the Annonciade Museum, located in the eponymous chapel, where collections of paintings dating from the 19th and 20th centuries are on display.

The smell of lavender wafting in a summer breeze, the gentle swaying of hillside olive groves, empty sun-swept corridors between picturesque stone buildings—Provence is a region full of sensory romance, rewarding travellers with its breath-taking vistas, mouth-watering cuisine, and small-town tranquillity. The Romans once dominated this area, and many of the towns serve as visual historical accounts of France’s southwestern region, with remnants of Roman, Byzantine, medieval, and Renaissance structures incorporated into the modern construction of the upscale (but still quaint) towns. When you’ve had your fill of idyllic lanes in famous Aix-en-Provence and enjoyed St. Tropez’s legendary beaches, head for some of our smaller, lesser-known towns.