Villa Tana is a four bedroom Premier Villa situated above the beach of St. James, in Dubrovnik, Croatia near the most luxurious hotels. Behind the villa is a community park, from which you can walk to the historical city in just 15 minutes. The pretty pebble beach and crystal clear waters are within walking distance, where you can soak up the sun and enjoy the idyllic sea breeze.

The villa is elevated, providing a breath-taking view of the sea and the island Lokrum. This unique villa is made up of traditional stonework and green windows. The interior is dominated by Croatian wooden furniture and wooden ceilings, creating a warm and homely atmosphere. On the ground floor there is a living room, dining area, fully-equipped kitchen and a toilet with a washing machine. Green doors open up to the terrace and you can enjoy the stream of light and air that enters the quaint villa.

On the first floor there are 2 double bedrooms with a neutral colour scheme and plenty of storage space, the unique green doors add a quirky touch to these rooms. Also on this floor there is a modern bathroom with spacious bath tub. On the second floors there are another 2 bedrooms and another modern bathroom with a shower. The rooms on the second floor are decorated with natural stone walls and create a truly traditional Croatian feel.

The garden, terrace and surrounding trees give this villa a private and tranquil feeling, like you are part of the untouched nature that surrounds it. The outdoor terrace and sunbathing area offer plenty of space to relax and enjoy the sun, whilst the terrace has outdoor dining sets so you can enjoy al fresco dining.

For a Croatia holiday villa that feels like a home away from home, then Villa Tana should be your first choice. Ideally located near the historical centre of Dubrovnik and providing everything you need during your stay, this villa offers the height of comfort for your holiday.
A security deposit of EUR 300 is required upon arrival for incidentals. This deposit is fully refundable after check-out and subject to a damage inspection of the accommodation.

All prices are per week for the villa only. Villas are booked from 16:00 on your arrival day to 10:00 on your departure day. Please note that availability shown is subject to confirmation - please call our reservations team. 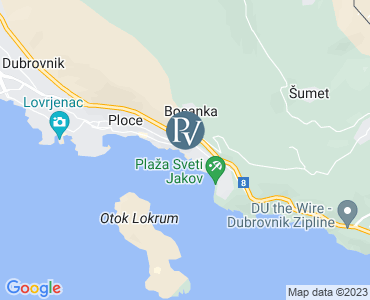 Dubrovnik is often cited as one of the most beautiful cities in the world due to the preserved history within the walls of Dubrovnik Old Town. Romantic sunsets, cobbled streets that never sleep and a historic atmosphere is weaved into every stone in the Old Town.

Dubrovnik’s Old Town is famous for a reason and in 1979 became a UNESCO World Heritage Site which allows the true beauty of the gothic architecture to be meticulously restored and celebrated.

Through the summer, Dubrovnik hosts the annual Dubrovnik Summer Festival which features live plays, concerts and games and has been awarded for its efforts. The town is alive through the day and night all summer, with entertainment, bars, and restaurants to delight and satisfy. Dubrovnik welcomes tourists through authentic Croatian dishes and freshly caught seafood which is expertly prepared with Croatian olive oil and served with local wines.

Dubrovnik is surrounded by pristine beaches and the crystal-clear Adriatic, with boat trips to nearby islands taking place often. There is an adventure to be had in the waters surrounding Dubrovnik, where water sports allow you to explore the Adriatic at high speed.